On September 26th the STNNA publicized the frontrunners of the initial North American Software Testing & QE Awards. It’s the first time an independent organization opts to hold such an event in NA. So, it’s an appreciated move towards the developers’ community.

However, as the editorial team of Coding as Creating, we decided to take a look at some of the finalists to see who they are and why they’re on the list. But for those unfamiliar with the event, here’s the logline.

Judged by 11 experts, it’s an independent event powered by the Software Testing News in North America. The awards aim is to cover the best projects in the software testing and QE industry in various categories over the last year.

6 Most Innovative Finalists of the Software Testing & QE Awards 2019

There are more than 30 companies nominated for this year’s awards. And as the organizer reveals, the quality of projects is so high that the judges will definitely have a rough time picking the winners out.

However, our editorial team has provided a list of 6 most innovative and successful names of the event. Below you can see the most reputable companies/startups that are more likely to win the awards in several categories on October 30th.

Being a part of the testing and quality assurance industry for more than 24 years, QA Consultants is not an unfamiliar name. Right now, the company is a nominee in 4 major categories of this year’s event.

The company that recently founded The Test Factory™ in Canada is a finalist in the following categories: Best Agile Project, Best Mobile Testing Project, Best Non-Functional Test Automation Project, Best Use of Technology in a Project.

All eyes are on QA Consultants 2019 appearance at the awards as almost all the critics unanimously believe that they will leave the room with a couple of prizes.

This award-winning tech company is a part of DELL Inc. currently offering infrastructure and workforce technology products for enterprise and midmarket.

Dell EMC is a nominee in 2 different categories: Best Use of Technology in a Project and Best Non-Functional Test Automation Project.

Critics claim that this company is the biggest opponent of QA Consultants in both categories. And no matter which company ends up as a winner, it’s not going to surprise us.

It would be unusual if no Indian tech company were on the 2019 Software Testing & QA Awards. So, Tech Mahindra, a multinational subsidiary of the Mahindra Group booked 3 sperate tables in the finalists’ table!

This tech company is a candidate for Most Innovative Project, Best Use of Technology in a Project, and the Best Non-Functional Test Automation Project awards. So, we’re going to watch 3 tech giants competing over some of the most important awards of this year’s event.

According to their website, “The Mahindra Group is a USD 21 billion federation of companies.” Thus, it shouldn’t surprise you to see winning both awards on October 30th.

If you’d create a list of top 600 biggest companies in the world, Infosys would definitely fit in. This Indian tech company has been in the industry for more than 36 years, winning an enormous number of awards since the very first day.

However, the company is aimed to win 4 awards in the upcoming event. According to the 26 September list, Infosys Ltd. is likely to win the Best Overall Finance and Retail Testing Project title.

Moreover, critics point out that there’s a good chance of seeing them as the winners in two other categories—Best Test Automation Project (Functional) and Best Use of Technology in a Project.

Being a well-known corporation in the realm of Ecommerce technology, strategy, digital commerce industry insights, customer-focused Creative and UX, and Digital Marketing, Astound Commerce has 4 category nominations to fight for.

Alyona Chernenko-Dyba, the testing manager of the company, is going to compete with four other experts over the title of the Testing Manager of the Year.

You cannot exclude Perfecto whenever it comes down to the software development lifecycle, version control, and code analysis software. So, seeing the company’s name on the list of the top finalists of the Software Testing & QE Awards 2019 is not a surprising fact.

However, it seems like the 2019 merge that made the company a part of the Perforce was a great move. Right after this decision, Perfecto topped the candidates’ list in the first independent software testing and QE event.

Perfecto, nominated for 4 awards, is also one of the main sponsors of the show. The company even created a specific category called “Perfecto Most Innovative Project” to choose and admire the ground-breaking deliveries of 2019.

Click here to see the table of all finalists of the Software Testing & QE Awards 2019.

Continue Reading on Coding as Creating: Learning the Q# Language Will Make You the Desired Developer, Microsoft Says 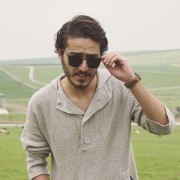 What is a DevOps Engineer?